About our enviromental  Partners

Making the World a Better Place For All of Us

To protect our food, water, and climate, we organize people around the country to build political power. We mobilize at the local, state, and federal levels to win the fights others are afraid to even take on.

From banning fracking, to shutting down factory farms, to making sure communities across the country have access to clean water, we’ve fought against greedy corporations and reckless government agencies and we’ve won time after time. We fight — and win — in the courts, in the halls of Congress, and on the ground in every state.  Corporations may have the money, but we believe people have the power to make real change. That’s why we win. https://www.foodandwaterwatch.org 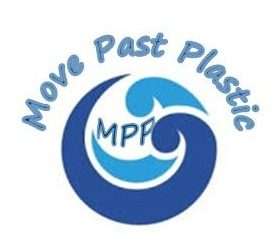 MPP supports the Break Free From Plastic Pollution Act which supports extended producer responsibility. It is important to network with companies who use alternatives to plastic packing and products. It is more important to move away from a disposable, consumption base economy to a regenerative, circular economy by encouraging the passing of new legislation that supports infrastructure, design, and funding for products that can be reused, repaired, and recycled. https://www.tlceducation.info/mpp%20home.htm

Green Amendments For The Generations

Green Amendments For The Generations Is working nationwide to secure constitutional recognition and protection of the inalienable rights of all people. Regardless of race, or income, protections of , clean air and water, a stable climate and a healthy environment. When passed, Green Amendments mean that environmental rights are protected as firmly as other fundamental rights like the rights to free speech, freedom of religion, and the right to bear arms.

Green Amendments For The Generations

The Resolution Media Fund was founded in 1992 by filmmakers Matt and Renard Cohen. Their company Resolution Pictures won an Emmy for the PBS series Seasoned With Spirit. They have produced specials and series for broadcasters including, PBS, Food Network, IBM, and National Geographic. The Media Fund was instrumental in raising funds for the documentary Groundswell Rising.

The mission of the Resolution Media Fund is to create films, music, educational materials, projects and programs that support our environment, civil liberties, equality and fairness.

Let us know if you have questions, comments or feedback!